Your Vote Is Their Voice

Pro-Life Missourians Speak Out for Life
In the Primary Elections 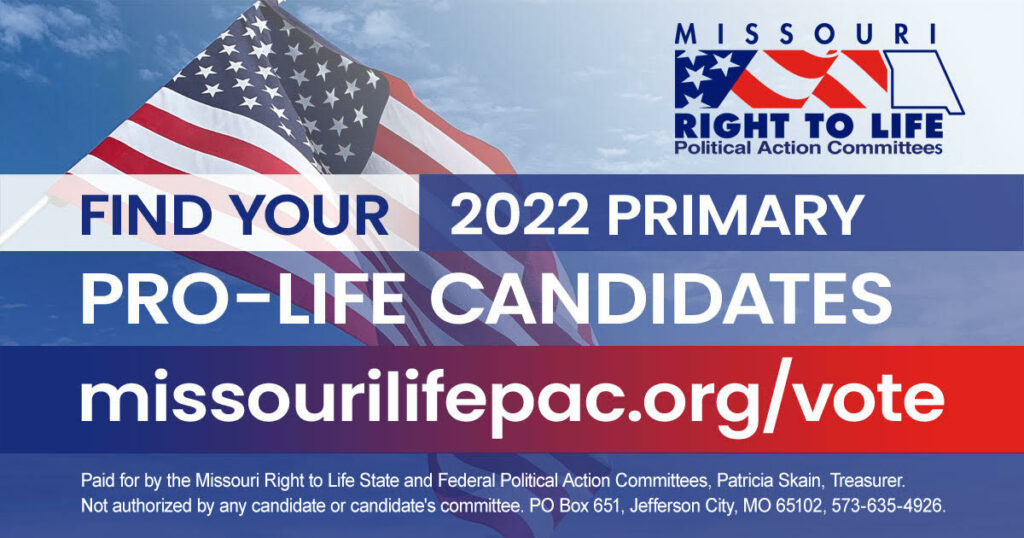 The main purpose of “ranked-choice voting” is to undo the current party system of voting. In ranked-choice voting, all the candidates for an office are listed on a single ballot in the primary and then the top vote getters run against each other in the general election. The voters rank each of the candidates from most favorable (1st) to least favorable. If the candidate with the most votes does not get over 50% in the first round, the candidate with the least votes is eliminated and the votes get recalculated until a winner is determined.
This process is very confusing and could be easily manipulated and therefore raises issues with election integrity. From an election authority standpoint, it is a more complicated and time-consuming process with re-tabulating and recounting. Experience has shown that election results in ranked-choice voting cases have resulted in less popular candidates winning elections. Missouri Right to Life State and Federal Political Action Committees see “Ranked-choice voting” as an attempt by progressives to break down our conservative pro-life majorities in Missouri.
For these reasons, MRL State and Federal Political Action Committees are opposed to “Ranked-choice voting” and encourage you to vote against it and to tell your friends and relatives to do the same.
In addition to Missouri Right to Life State and Federal PAC’s opposition to ranked-choice voting, other groups opposing this initiative as well are: National Right to Life, Missouri Republican Party, and Concerned Women for America.

A Message for
Pro-Life Candidates

Pray that God will give them — Through You — The courage to tell the truth!!!

Courage to Tell the Truth(PDF)